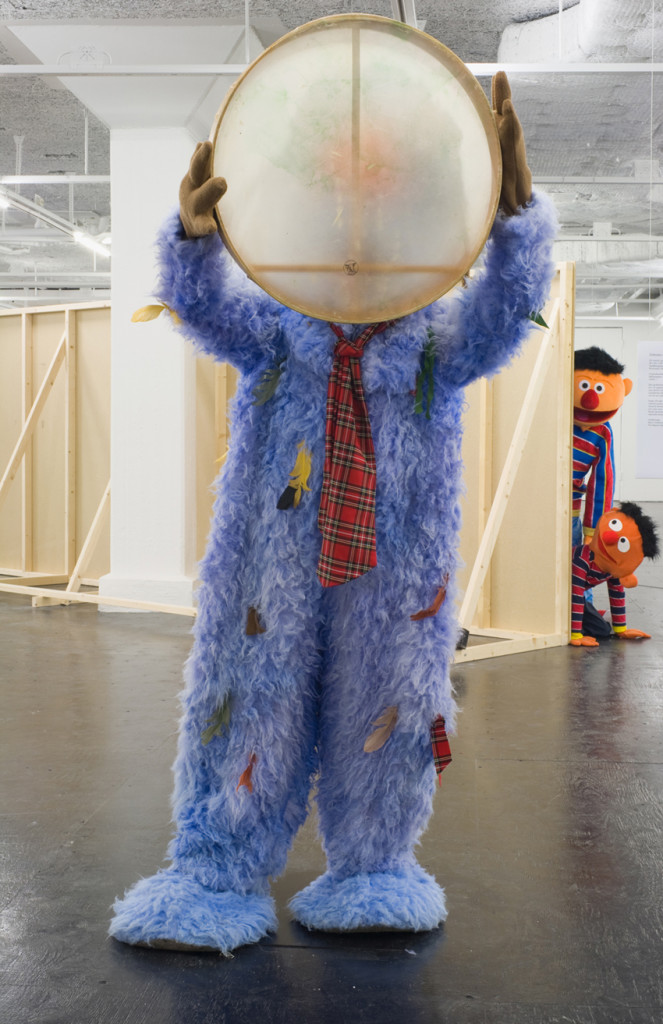 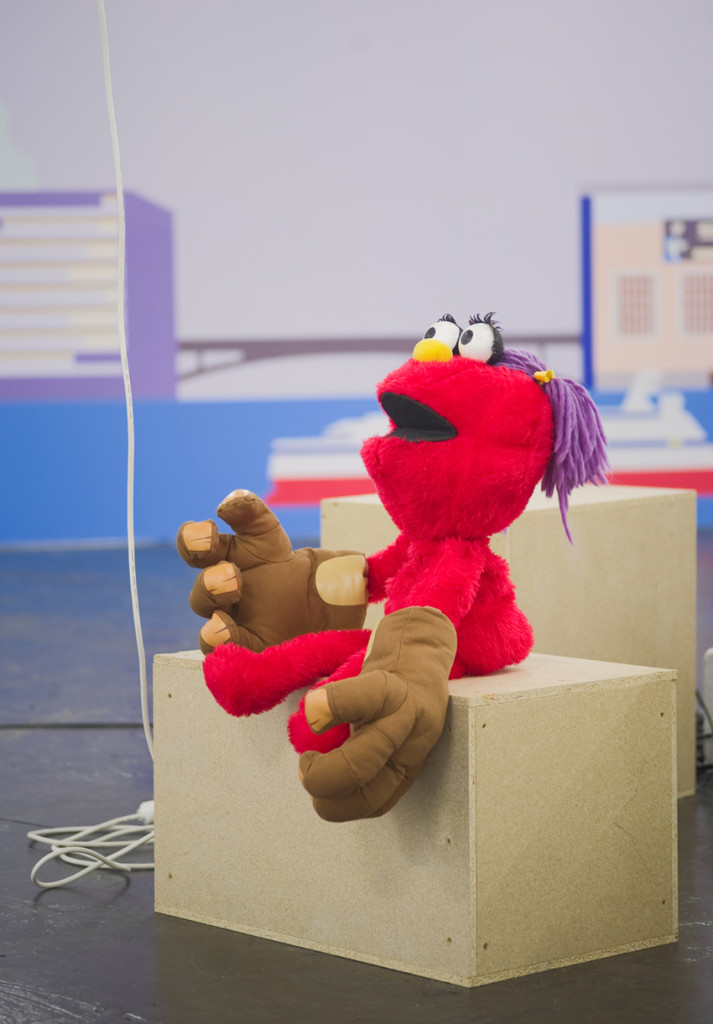 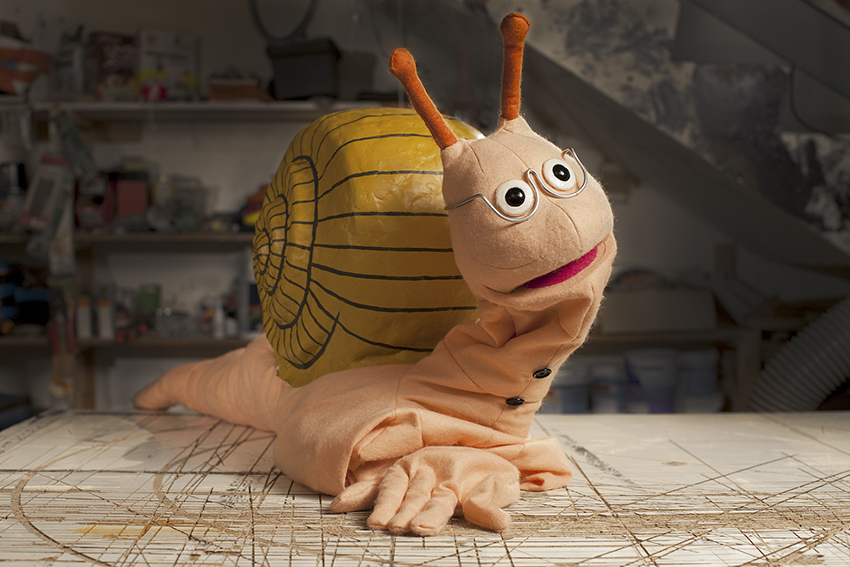 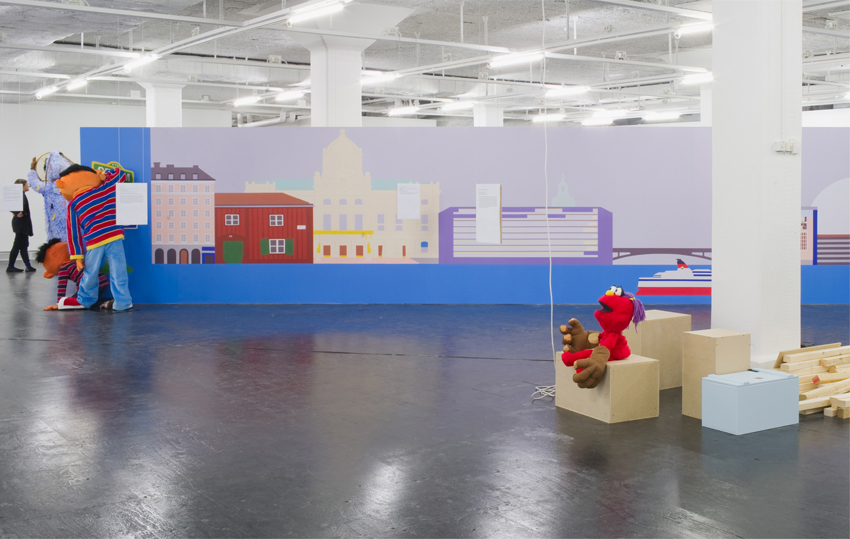 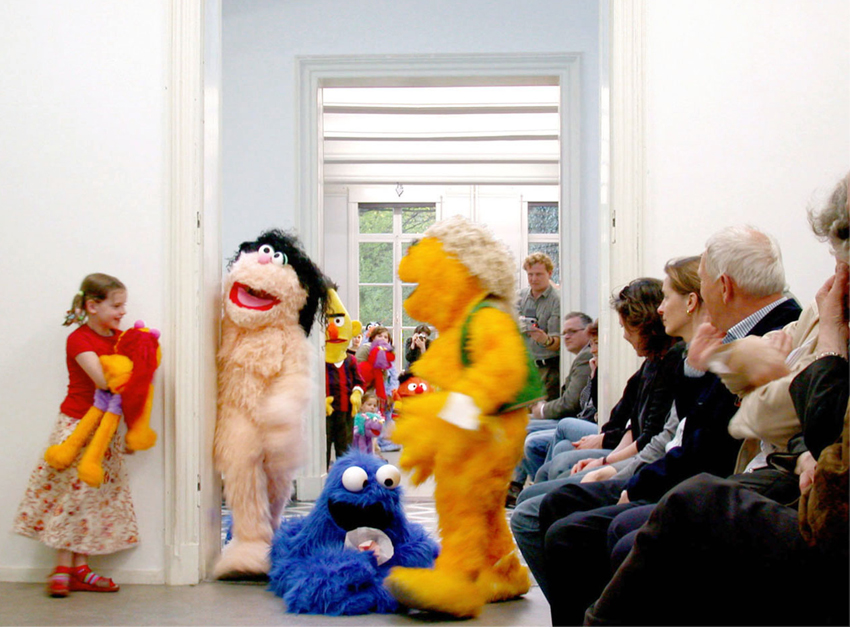 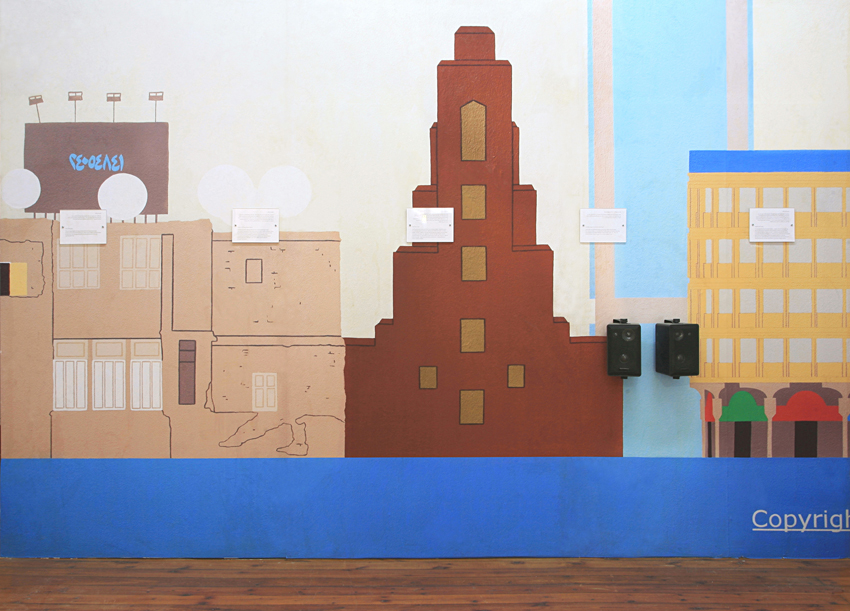 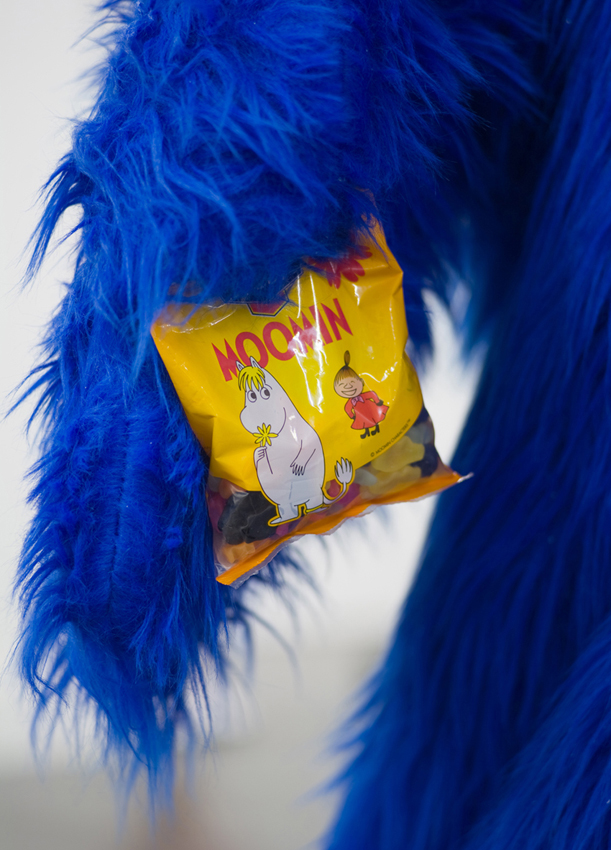 Puppet characters from different national versions of the children’s TV program Sesame Street have been materialised as human size costumes. The hybrid group appears in a theatre-like setting, against a background of a painted city panorama, activating the space of the exhibition, which constitutes the work. Extra exhibits, including the legal terms of use of the trademark Sesame Street, bring commercial networks and ethnographical frameworks into the display. The setting is enhanced by a series of dispersed audio scenes: first person narratives told by the Arabic character Khokha, or the Swedish voices of the characters Ernie and Kermit, putting local memories, fantasies and meanings in motion. Museum-type labels with contextual information complete the work.

The work – constructed as a site for exploring the power of representation in popular visual culture, as well as the encounter of educational concepts with commercial and ideological interests – allows to manifest itself in versions productively considering the cultural context of showing. This includes the changing city panoramas, and the voice-scenes, which have been realized with the characters’ factual puppeteer and voice actors in the locally prevalent languages, as well as the options to add newly designed local characters and/or related performances with the character’s costumes.

Version in the context of the groupshow The Need to Document, Kunsthaus Baselland, CH, 2005

Version with audio scenes in Arabic, in the context of the groupshow A Fantasy to Allan Kaprow, Contemporary Image Collective, Cairo, EG, 2009

Version in French, as a video, featuring the snail character Trépido, last seen on French TV in 1982, in the context of the exhibition Catherine, Masahiko, Rex et les autres, with Simon Starling,
Le Plateau, Paris, FR, 2019

On an autumn day, within the context of prepa- ring for an exhibition project, I was standing in an empty [...]

Dreaming to Point Out a Situation. An Afterword 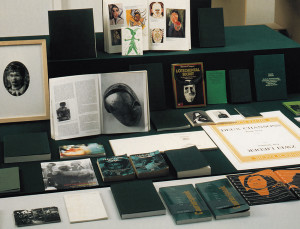 Display of a particular, thematically meandering selection of printed matter, alluding to topics like “mask”, “speech” and “cultures”. Compiled from [...]