International Auction of the Basque Typefaces, 2000–2001 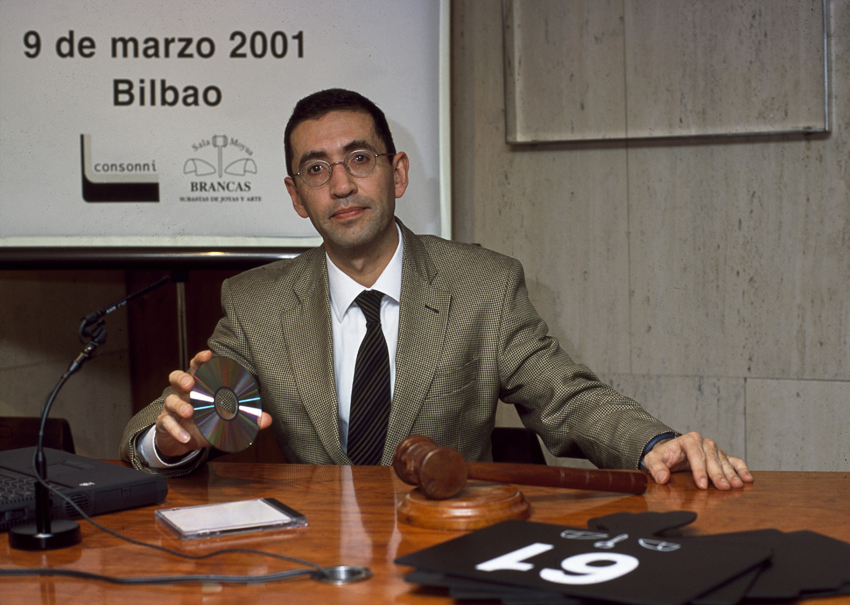 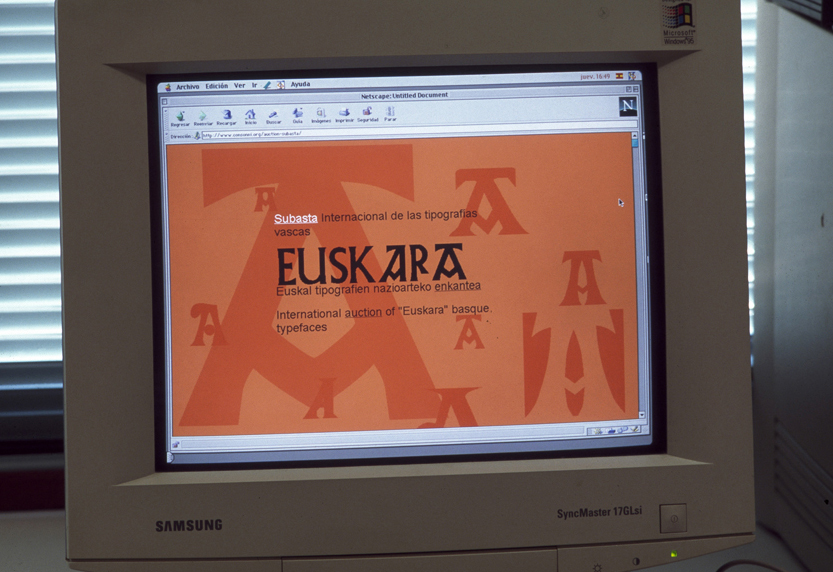 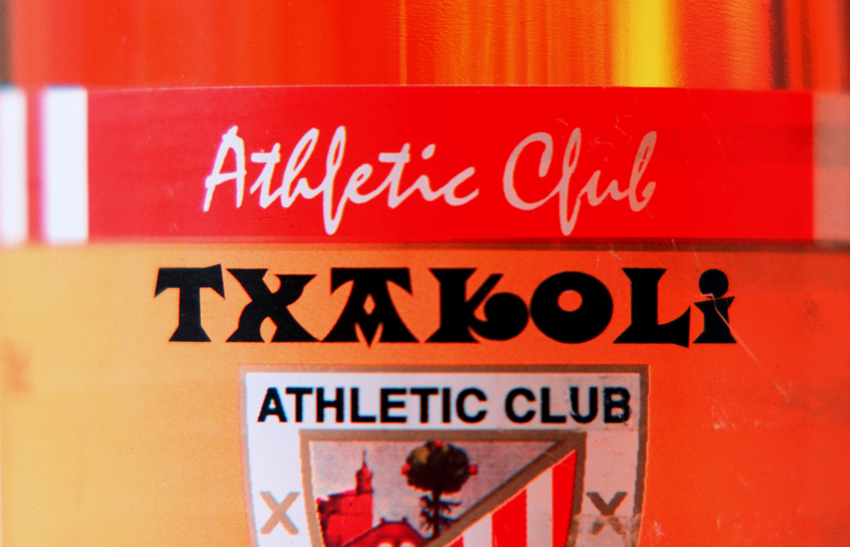 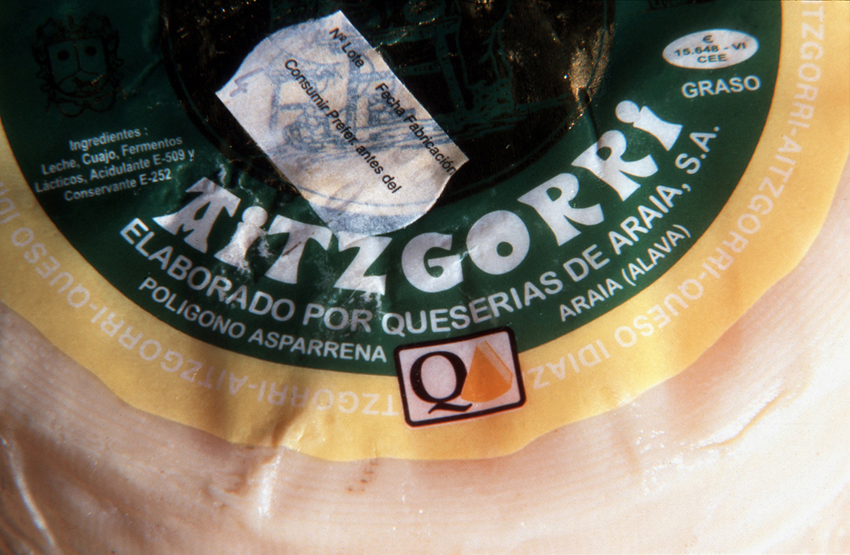 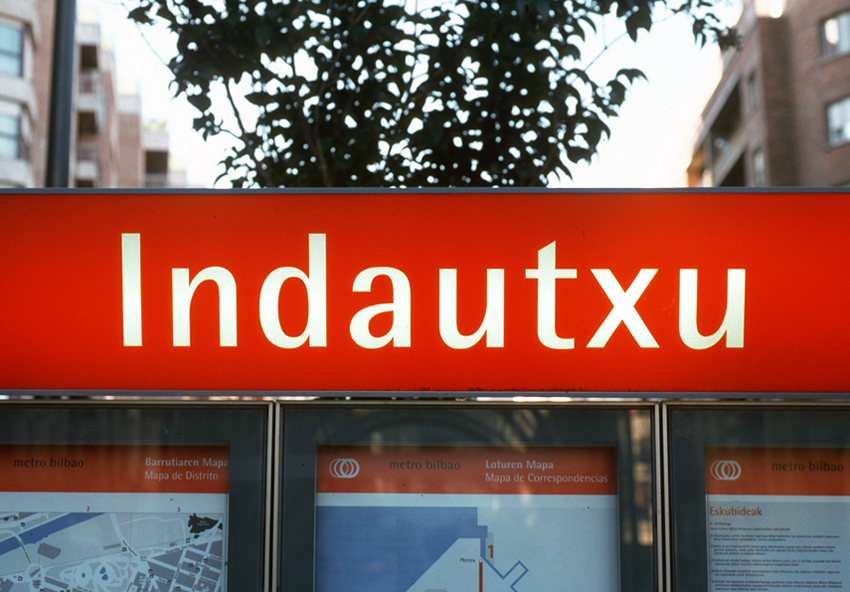 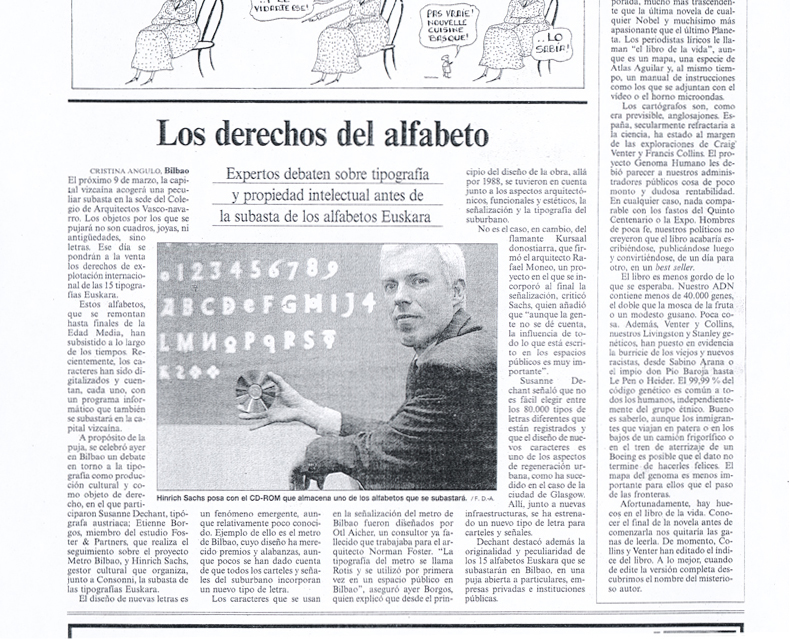 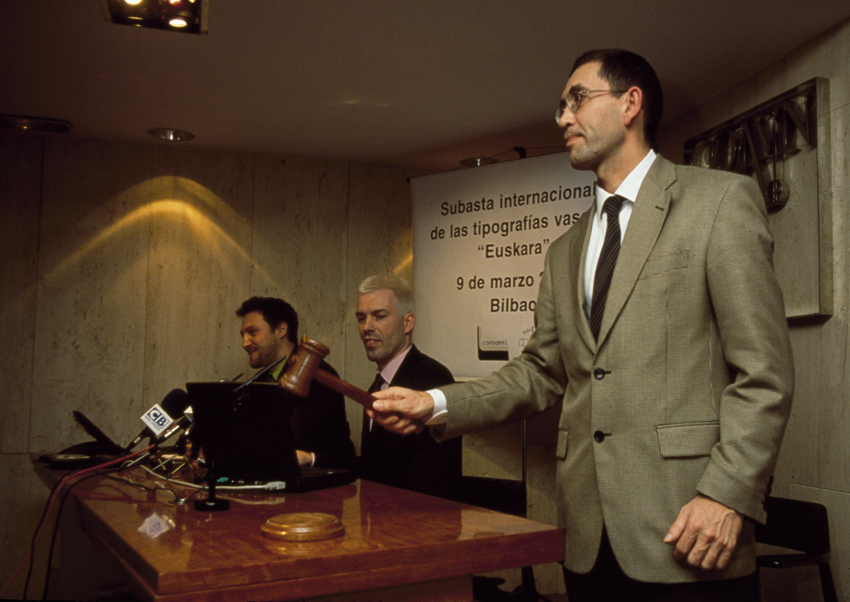 An auction of the copyrights of 14 digitised Basque „Euskara“ typefaces is announced using a press conference in Bilbao. It is mentioned that these rights are with a private owner, who has digitised the recognised, widely employed, traditional typefaces during the mid-90s. A media debate begins.

The related symposium „On City development and Typography“ fuels the debate, which circles around folklore, Basque identity and the changing situation in the realm of copyright. The identity generating function of the lettering in public space becomes visible, as well as their impact on the general cultural context.

When new regional elections are unexpectedly called upon for the Basque Country, the politicised ambiance begins to influence the debate and the auction. The auction is closed in absence of bidders by the auctioneer, in front of the interested public, press and TV. The rights of the typefaces remain private property to this day.

Produced by Consonni in collaboration with auctionhouse Sala Moyua, legal advice by Pedro Brosa Patentes y Marcas. Views from the press conference and the auction, held at the Colegio de arquitectos Vasco-Navarro, Bilbao. Selected visuals from a talk presented at the symposium, a press clipping from EL Pais newspaper, and news in Basque regional TV ETB2, March 2001 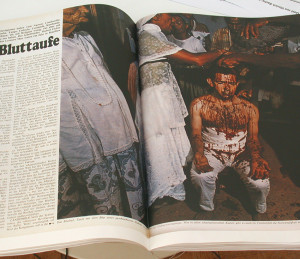 The exhibition comprised a representative selection of photographs by renowned German photo-journalist and traveller Leonore Mau. Presented next to a [...] 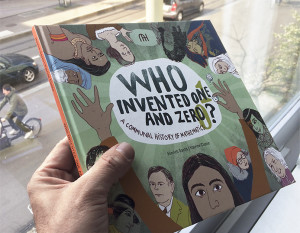 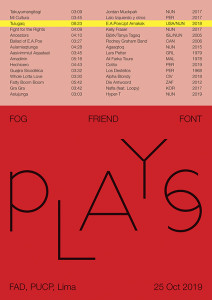